Storcom is an information technology solutions provider focused on the management, movement, and protection of data

Storcom is a high-touch IT solutions provider located in the suburbs of Chicago, Illinois who is focused on the management, movement, and protection of data. We invest in the necessary consulting time during the discovery phase to understand our clients’ business challenges and vision.

Storcom comes to understand the business drivers and how they support applications and underlying infrastructure. More importantly, we design ways to positively impact those drivers to ultimately improve our clients’ business as a whole. Storcom offers end-to-end solutions in infrastructure, integration, cloud strategy and migration, data protection as a service, data recovery and storage, post-installment support, and managed services, just to name just a few.

“Storcom was formed 20 years ago with a mission to provide mid-tier clients with expertise, processes, and technologies that are usually only available to top enterprise companies.”

Storcom’s operational headquarters and Tier 3 Data Center is located in the York Town neighborhood of Lombard, a 5 minute drive from the Oakbrook Center (Chicago’s very own Silicon Valley), and 20 minutes from the Willis Tower and downtown Chicago. We also have offices in Atlanta, Georgia; Milwaukee, Wisconsin; Indianapolis, Indiana; and Orlando, Florida. We service customers in the Midwest, Southeast, Northeast, and across the continental U.S.

If you want to Evolve to the Cloud™, back up and protect your organization’s data during a natural disaster, upgrade your hardware or infrastructure, or need a virtual CIO, then Storcom has the perfect solution to meet your IT objectives. We also design, implement, and support solutions in order to leverage your investments and reduce risk. What separates Storcom from our competitors is our “Discovery, Analyze, Roadmap” strategy. We help you from beginning to end with our unique consulting methodology. Our extensive knowledge of data management and all other aspects of today’s information technology landscape enable us to provide much more than just solutions: Storcom provides IT intelligence.

Dave Kluger and Jeff James were introduced by the founders of Compellent Technologies and began working together on various projects.

Storcom became early adopter of virtualization technologies and promoted its benefits in the market with solutions from VMware and early innovators like Virtual Iron, thus positioning themselves at the forefront of IT virtualization.

Storcom, understanding the importance of the management, movement, and protection of data, leveraged its relationships with virtualization pioneers at XIOtech, and then founders of Compellent Technologies started designing and deploying solutions for customers from this technology.

Storcom teamed up with Commvault and was one of the first solution integrators selling and deploying their software suite, Commvault Galaxy 5.0, at the time. Commvault was an innovator in that fact that they were a single software company providing an entire management for all aspects of data management.

Storcom was an early adopter and partner of Data Domain. Data Domain set the stage for the deduplication technology landscape and Storcom was at the front of this wave. Ripping out tape wherever possible and putting up bumper stickers that said “Tape Sucks.”

Storcom merged with Greenview Technology Group. Dave and Jeff recognized that an organization’s quest to stay ahead of the IT curve requires much time to research, and the facilities to do POC testing to avoid risk, and the purchasing power to reduce costs. Unfortunately, many organizations don't have the time or the resources, they lack the subject matter experts to architect the solutions they want, and they don't possess the manpower to support these solution sets. Thus, modern-day Storcom emerged as a full-service technology integrator and solution provider with an entire managed IT services portfolio to fill the gap for these companies and their unique challenges.

Leveraging our relationships with Data Domain’s founders, who then went on to start Nimble Storage which was the first hybrid array vendor using Flash and HDD in the same array of storage as not a tier but as a cache, Storcom became the first reseller in Chicago to partner with Nimble Storage. Storcom still has many of the same customers who bought into this technology nearly 10 years ago.

Storcom became a certified solution provider building our own VMware View Rapid Desktop Appliances on Nimble and Dell hardware which was on the VMware HCI at that time.

Through its relationships, Storcom starts working closely with HCI innovator, SimpliVity, and becomes an early partner and deploys its first Simplivity solution. Storcom saw the benefits of hyperconverged solutions and worked to promote HCI when it was the right option for client.

Storcom sees a need in the small to medium for a real DR/BC solution that provides true business continuity at a cost that mid-tier companies can afford. We created Recover by Storcom, offering our proprietary data recovery offering consulting practice.

Stocom officially announced its partnership with SingleHop as its data center provider with the Recover by Storcom solution.

Storcom started its partnership with 360 TCS and moved its primary DR/BC and hosting operations and NOC to their Lombard, IL location.

Storcom entered the next stage of its managed services offering and began offering its Enterprise production-grade dedicated private cloud for customers and hosting production workloads out of its tier 3 data center in suburban Chicagoland.

Storcom introduced its Cloud Enablement Roadmap™ solution offering to enable companies to Evolve to the Cloud™.

Storcom prides itself on being an early technology adopter and staying ahead of the IT curve. In 2018, Storcom invested significant resources into NSX and VeloCloud divisions which are now a part of VMware.

Storcom introduced its Ransomware Prevention and Recovery Roadmap™ offering to help clients plan and protect their critical data in the event of an attack.

Storcom was founded two decades ago by Jeff James and Dave Kluger. Unlike most managed IT services companies at the time, both Jeff and Dave had a unique vision to bring technical sales and support to the forefront of an opportunity and do what’s right for the customer above all else. They understood that the mid-tier enterprise space has very distinct needs than Fortune 500 and smaller organizations. Since mid-tier organizations are market innovators looking for an edge, they are early adopters of technology. Early adopters often mix best-of-breed technologies over the more conservative, single-manufacturer approach, and Storcom found its niche with these trailblazing companies. Dave and Jeff’s novel approach to business has transcended the ever-changing IT landscape for over two decades. Storcom was an early adopter of Nimble Storage, VMware, SimpliVity, Compellent, Commvault, Data Domain, Zerto, and many more emerging solutions in information technology.

Dave and Jeff continue to have a keen eye for new players in the industry, and consistently position themselves ahead of the competition by offering the latest and greatest products and IT solutions to Storcom’s clients, and adding talented employees to grow the organization. While Storcom has grown exponentially in the past 20 years, Jeff (left) and Dave (right) still play an integral role in daily operations. 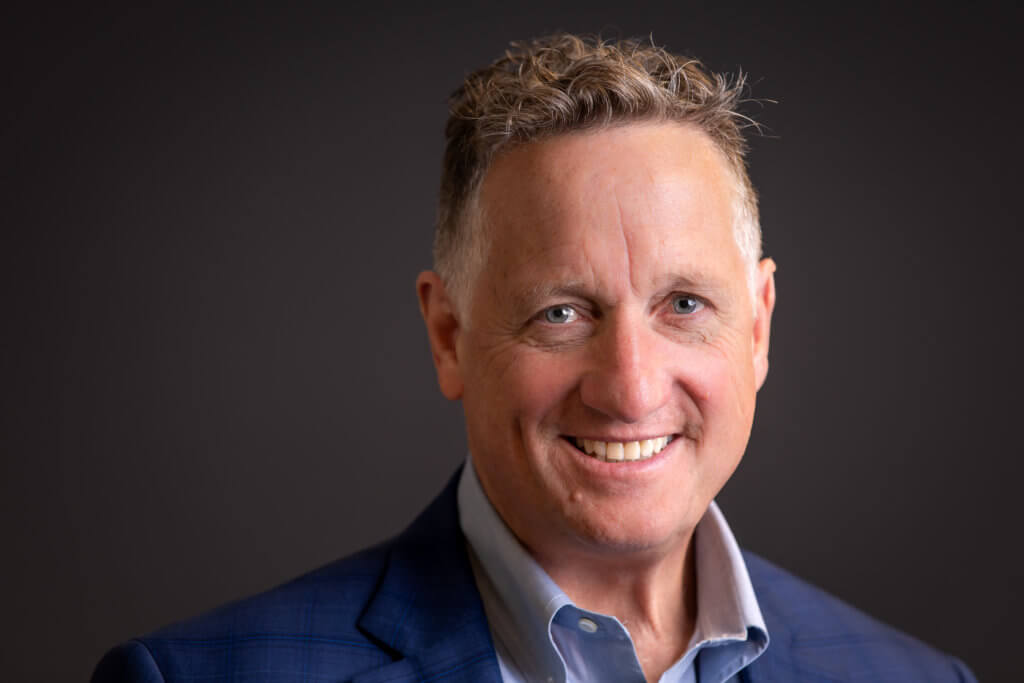 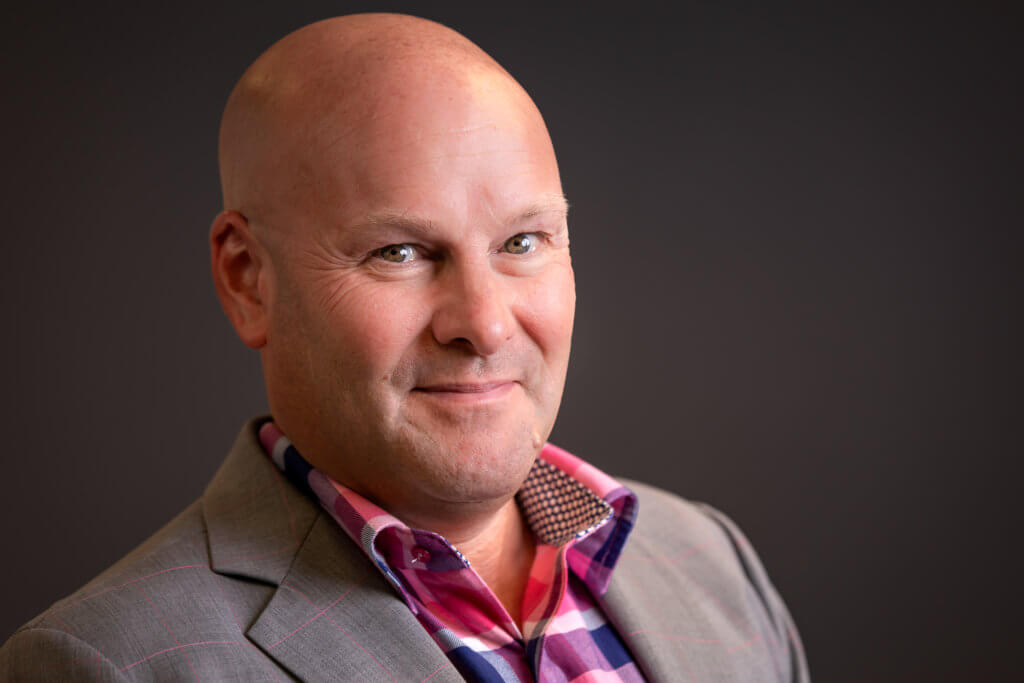 “As a company, we decided to not push hardware but to build a relationship and simply provide the same data and conclusion the client would have come to themselves if they had the time and resources.” 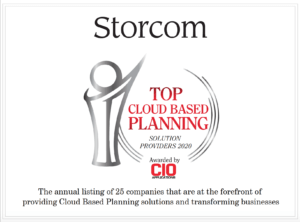 We are an information technology solutions provider focused on the management, movement, and protection of data

Storcom believes in being straightforward and honest with our clients.

Storcom believes in “Clients for Life” and we cultivate relationships that last.

Storcom’s employees enjoy the work they do and constantly bring energy and innovative ideas to the table.

Storcom partners with best-in-class and budding technology providers in order to stay ahead of the IT industry curve.

Storcom’s Vision is to Evolve Your Technology Capabilities

As a high-touch IT solutions provider, Storcom is focused on the movement, management, and protection of data. Storcom offers many services and strategic IT solutions to help you Evolve to the Cloud™, backup and restore your data after a disaster, modernize your data center or IT infrastructure, and much more.