Storcom has been a longtime partner of VMware, a global leader in cloud infrastructure and digital workspace technology company who helps accelerate digital transformations. Storcom even leverages VMware in our private cloud!

VMware offers products and solutions for: 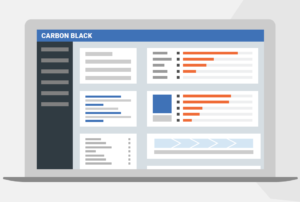 Learn about the news and insights from Storcom's partner, VMware.

Restart Your Career with VMinclusion Taara

Since its launch, VMinclusion Taara has already changed the lives of over 4000 women. VMware’s return-to-work program is creating opportunities for women just like you by upskilling them in the latest digital technologies. Learn how VMinclusion Taara is helping women restart their career in the tech industry at https://www.vmware.com/taara/

SD-WAN networks are everywhere. What’s missing is effective tools to manage them in the context of the entire E2E network. VMware Smart Assurance bridges the gap between the underlying IP & MPLS network infrastructure and the virtual SD-WAN network on top. It automatically cuts through all the layers of the network to pinpoint the real cause of issues and puts operations teams back in control. https://www.vmware.com/products/service-assurance.html

VMware rolls out updates for app development and cloud management

VMware on Tuesday is rolling out a series of product updates to its Tanzu portfolio for application development. It's also making the vRealize Operations Cloud available for consistent operations across across a hybrid or multi-cloud environment. The Tanzu portfolio debuted in March, providing a package of tools for obuilding and managing modern applications. VMware's goal, CEO Pat Gelsinger said at the time, is to become "the ubiquitous, central infrastructure to enable our customers' digit…

April 02, 2020 08:00 AM Eastern Daylight Time PALO ALTO, Calif.–(BUSINESS WIRE)–VMware, Inc. (NYSE: VMW) today announced the general availability of VMware vSphere 7, the biggest evolution of vSphere in over a decade. VMware vSphere 7 has been rearchitected into an open platform using Kubernetes APIs to provide a cloud-like experience for developers and operators. Today’s enterprise customers’ needs are constantly evolving and IT needs to provide infrastructure agility as well as s…

VMware has moved vRealize, its suite of IT infrastructure operations tools, to the cloud. The company announced this week availability of vRealize Operations version 8.1, sold through a SaaS (Software-as-a-Service) model. vROps is now a cloud-based overseer of workload performance. “This is a comprehensive release across our cloud management portfolio,” Taruna Gandhi, senior director for product marketing for VMware’s cloud management business unit, told DCK. The release will also make vROps…

VMware has fixed a critical vulnerability (CVE-2020-3952) affecting vCenter Server, which can be exploited to extract highly sensitive information that could be used to compromise vCenter Server or other services which depend on the VMware Directory Service (vmdir) for authentication.About CVE-2020-3952VMware vSphere is VMware’s cloud computing virtualization platform. vCenter Server is server management software for controlling VMware vSphere environments.“Under certain conditions…

Computer virtualization software provider VMware Inc. today announced a number of updates to its Tanzu application development tools.VMware’s Tanzu portfolio is a collection of tools used by developers to build and manage modern applications. They were officially launched in March, when VMware Chief Executive Officer Pat Gelsinger said it would help the company to provide the “ubiquitous, central infrastructure to enable our customers’ digital transformation.”Now, barely a month after th…

Page 2 3. Cisco Q4 Market Share: 6% The San Jose, Calif.-based networking giant won the bronze medal for hyperconverged software in the fourth quarter due to a sales spike of 84 percent year over year to $138 million. Cisco captured 6 percent share of the worldwide HCI software market, up from 3.8 percent share in the fourth quarter of 2018. Cisco is dedicating $225 million in cash and product donations to support both global and local responses to the coronavirus pandemic. “While …

VMware announced changes its flagship product licensing on March 16, 2020, moving from a per-socket license to a per-core license. The company stated that this was a minor change for many VMware administrators. However, due to current global challenges and the increase in remote workers, VMware's licensing changes might have a greater effect sooner rather than later. Unlike Microsoft's licensing updates in 2019, VMware's licensing changes went almost unnoticed, whereas Microsoft gained a lot…

VMware has introduced a significant upgrade to its NSX-T virtual networking and security software. The new version provides customers with better tools for operating hybrid IT and multi-cloud environments. VMware unveiled this week NSX-T 3.0, the latest iteration of what has become the core of the vendor's Virtual Cloud Network strategy. Introduced two years ago, VCN is a portfolio of products VMware offers to redesign data centers for the cloud era. Also, VCN provides technology for applyin…

It's well-documented that threat actors will often take advantage of society's fears in order to pursue cybercrime, but new research from VMware Carbon Black suggests that the reality might be even worse than initially thought. The endpoint security vendor, which was acquired by VMware last for $2.1 billion, said ransomware attacks jumped 148% in March over baseline levels in February. "Notable spikes in attacks can also be correlated to key days in the COVID-19 news cycle, suggesting attack…